A short break brought me to a set of caves within the Margaret River region. I cannot be sure what fascinates me more, the shadows in the dancing darkness, or the flickering lights that bounce of the stalactites.

The region has several caves, of which I chose to take a walk at the Mammoth Cave – a self-guided trip into the unknown – but still safe, nonetheless.

The beauty of the Mammoth Cave lies in the amount of knowledge you can pick up – from the evolution of geographical spaces, to the extinction of megafauna that were far superior than what we see today.

I took a turn to another cave nearby, the Lake Cave, and was intrigued to learn the impact of human touch on the formations (I won’t spoil the fun for you – head to Perth and find out on your own!) 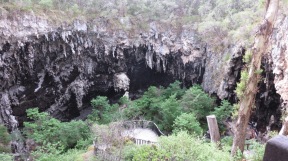 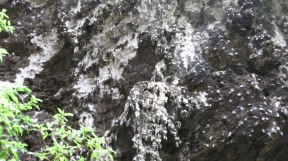 To get to the bottom of Lake Caves, you’ve got to take a challenging 350 steps in, and as you look up, don’t be surprised by the little white cob webs that cling to the surface of the rocks. I can only rave about the beauty of the lake caves – the sound of water trickling and echoing in the depths, forming new shapes and wonders of the world.

There’s a good other few caves you can visit, such as the Ngilgi Cave set in the bushes, and the highly-promoted (which was perhaps why I chose to skip it) Jewel Cave.

Either ways, the silence in the caves were a great way for me to relax and think about life.

what’s on the mind